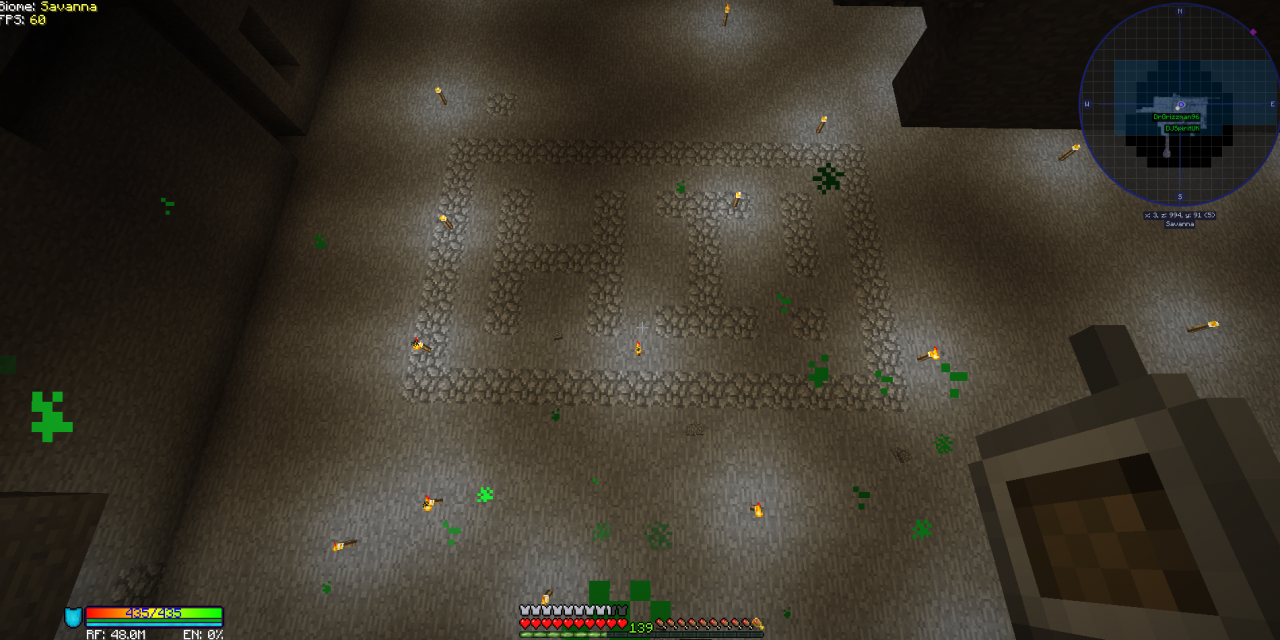 You’re happily playing Minecraft when all of a sudden the entire world starts to jitter, lag, rubber band you backwards, other players start to complain and the server will entice blocks to magically re-appear in front of you after you dig them up, This seems to happen on a surprising number of servers, mainly ran by friends and usually it’s one a Modded Forge/Spigot server, I can usually presume it’s a FeedTheBeast (FTB) ModPack, easily installed by Curse – err Twitch!

If you’re server is running really slowly, then you can try the following –

First and foremost you should check the following:

1: Is anyone flying about generating new chunks?

The chunk and level generation is usually the most intense, so loading new areas or entering portals can cause a strain temporarily.

2: Is there any visible flowing liquids? (lava/water)

Fly around and have a look, moving fluids cause constant block updates and as such, large amounts of flowing residue should be stopped!

3: Have you restarted the server recently?

As Java has terrible garbage collection, you should look to restart your server at least once a day.

4: Hardware Are you maxing the server RAM? or Disk I/O?

Some dashboards, monitoring or your providers control panel may show you some details on how much RAM and Disk I/O you’re using – aim for at least 6- 12 GB ram for the server and some nice SSD drives at the very minimum if you’re wanting a half smooth experience for multiple people. Do not play the game on the same machine as the host if you can avoid it!

After completing and checking those steps we can move on to the other commands,

You should either be typing these commands into the server terminal, in chat (as an admin/op) or directly via rcon,

Mobs can sometimes get stuck inside blocks, portals or spawn underground – Changing the game difficulty briefly will cause any hostile mobs to de-spawn.

6: Clear any items dropped / floating on the floor

Not only does dropped items cause an update lag, it also causes graphical lag for other players if they are in the area – especially when there are thousands of items laying there from inefficent mob spawners, bad transport pipes spitting items all over the floor, or annoying strip mining players leaving a trail of mess.

Making sure that your modded items such as computers, pipes, machines are all spread out especially if you have a large collective of them will help, having items split out across a chunk will ease server strain.

Playing with 5 or more people? If you’re on a skyblock, stoneblock or other challenge map then maybe you can co-op up with someone else and move in with them? most quest books support teaming – or if you’re on a normal non-challenge game you could work as a smaller community and build together, this will reduce a duplication of mob mashers, cobblestone generators and hundreds of farms – thus making the server a little happier and less laggy.

These will help with most common complaints of lag and annoyances, if you’re still having significant lag then it’s time to start reviewing specific mods or running some other checks, this will largely depend what mods are installed in the pack, but hit me up and I can always help!

Email Tester – SPF, DKIM, Blacklisting – Do Your Emails Get to the Inbox?