Running games under Linux has always been a bit of a pain, altho with the continued strength of WINE as well as Steam’s Linux Support (including Valve’s Proton) and after a year long round of bug fixes, enhancements and improvements we finally have the full release of WINE 4.0

The Wine team is proud to announce that the stable release Wine 4.0
is now available.

This release represents a year of development effort and over 6,000
individual changes. It contains a large number of improvements that
are listed in the release notes below. The main highlights are:

This is a huge update and brings a bunch more older games to Linux that previously wasn’t supported,

– The Multi-Threaded Command Stream feature is enabled by default.

– OpenGL core contexts are always used by default when available. In
the previous release, these were already used by default for
Direct3D 10 and 11 applications on AMD and Intel graphics
cards. That has been extended to all graphics cards, and all
versions of Direct3D before 12.

– The “depth bias clamping” feature mentioned above requires the
ARB_polygon_offset_clamp/EXT_polygon_offset_clamp OpenGL
extension. All Direct3D 10+ capable hardware should be able to
support that extension, but it has come to our attention that some
NVIDIA “Legacy Drivers” do not. We encourage affected users to
explore whether the Free Software Nouveau drivers meet their needs.

– The first steps towards more fine-grained locking in the Direct3D
implementation have been taken. This will be an ongoing effort to
take better advantage of modern high core count CPUs.

– Support for using the correct swap interval is implemented, for both
DXGI and DirectDraw applications.

– When the ARB_query_buffer_object OpenGL extension is available,
query results can be polled with lower latency, resulting in a
modest performance improvement in specific cases.

– Validation of Direct3D 8 and 9 resource pool and usage restrictions,
as well as blit restrictions, has been improved.

– Deprecated HKEY_CURRENT_USER\Software\Wine\Direct3D registry key:
– “DirectDrawRenderer”
This has been superseded by the “Renderer” setting above.

– Removed HKEY_CURRENT_USER\Software\Wine\Direct3D registry key:
– “StrictDrawOrdering”
This feature was previously deprecated in favor of the
multi-threaded command stream feature, and has been completely
removed.

– A complete Vulkan driver is implemented, using the host Vulkan
libraries under X11, or MoltenVK on macOS.

– A builtin vulkan-1 loader is provided as an alternative to the SDK
loader.

– The standard icons include a 256×256 version to take advantage of
the PNG support.

– Many Direct2D interfaces have been updated to version 1.2.

– New HKEY_CURRENT_USER\Software\Wine\Direct2D registry key:
– “max_version_factory” (REG_DWORD)
Limit the interface version of the ID2D1Factory interface to the
specified version. 0x0 for ID2D1Factory, 0x1 for ID2D1Factory1,
etc. By default there is no limit.

– Using an ARGB visual as default X11 visual is supported.

– Polygon drawing in the DIB engine is much faster for large polygons.

– A0, A1 and A2 paper sizes are supported for generic printers.

– Arrows are supported in GdiPlus.

– Support for running DOS binaries under Wine is removed. When
execution of a DOS binary is requested, an external DOSBox instance
is launched. This doesn’t apply to Win16 binaries, which are still
supported internally.

– All the CPU control and debug registers can be accessed by kernel
drivers, including on 64-bit.

– Events, semaphores, mutexes and timers are implemented in kernel
mode for device drivers.

– The WaitOnAddress synchronization primitives are supported.

– Detailed BIOS information can be queried on Linux platforms.

– Debug registers are supported on NetBSD.

– The infrastructure for setting DPI awareness and scaling of non
DPI-aware applications is implemented. However, actual scaling of
window contents is only supported on Android at this point.
Scaling is disabled by default and can be enabled by setting the
“DpiScalingVer” value under HKEY_CURRENT_USER\Control Panel\Desktop.

– The standard Task Dialog is implemented, including support for
icons, hyperlinks, progress bars, and various other UI elements.

– Cue banners are supported in version 6 of the Edit control.

– Exporting MIME-type file associations to the native desktop can be
disabled with a checkbox under the Desktop Integration tab in
winecfg. It can be configured programmatically by setting the
“Enable” value under
HKEY_CURRENT_USER\Software\Wine\FileOpenAssociations.

– The File Dialog can display file properties like size, times and
attributes.

– The File Dialog optionally shows the Places toolbar on the left-hand
side.

– The shell folder Public is used instead of AllUsersProfile to follow
the behavior of recent Windows versions.

– Many standard icons are added to the Shell library.

– In desktop mode the taskbar won’t be displayed on top of fullscreen
windows.

– HID game controllers are supported in the XInput and Raw Input APIs.

– An SDL driver is implemented to make SDL game controllers
available through the HID interface.

– JScript has an EcmaScript compliant mode, which supports a number of
features not available in legacy mode.

– A number of new HTML APIs are supported.

– The proxy server can be configured through the Internet Control
Panel applet.

– Stream I/O is implemented in WebServices.

– The Web Services on Devices API (WSDAPI) is implemented, including
sending and receiving the various message types.

– Asymmetric encryption keys, as well as RSA and ECDSA signature
verification are supported.

– The GCM and ECB encryption chaining modes are supported.

– A selection dialog for public key certificates is implemented.

– If available, GnuTLS is used on macOS in preference to the
CommonCrypto framework.

– Character tables are based on version 11.0.0 of the Unicode Standard.

– The new subpixel font rendering of FreeType >= 2.8.1 is supported.

– When a font face is missing, FontConfig is queried to provide
possible substitutions.

– The font selected in the console emulator properly scales with the
display DPI.

– An MP3 decoder is provided as DirectX Media Object.

– The preloader is implemented on macOS, for better address space
layout compatibility.

– The Command key can be mapped to Ctrl, by setting the
“LeftCommandIsCtrl” or “RightCommandIsCtrl” values under
HKEY_CURRENT_USER\Software\Wine\Mac Driver.

– The App Nap energy-saving feature is disabled by default in GUI
processes. It can be re-enabled by setting the “EnableAppNap” value
under HKEY_CURRENT_USER\Software\Wine\Mac Driver.

– Setting the mouse cursor is supported using the APIs available in
Android >= 7.

– The new version of the Android graphics buffer allocator API is
supported, to enable graphics support on Android >= 8.

– Android x86-64 platforms are supported also in 64-bit mode, however
WoW64 mode is not supported yet in the WineHQ packages.

– The Windows calling convention for variadic functions is supported
on ARM64.

– Exception handling and debugging is better supported on ARM64
platforms.

– The MinGW toolchain is supported for cross-compilation to ARM64.

– The SchTasks task scheduler program can create and delete tasks.

– The RegEdit registry editor has an improved hex editor for binary
values.

– FOR loops are properly handled in the Command Interpreter.

– The Japanese 106 keyboard is properly supported.

– Translation of timezone names is supported.

– There is a partial translation to the Sinhala language.

– In gdb proxy mode, winedbg supports a –port option to specify the
port used to connect to gdb.

– winegcc also looks for includes in the top-level include directory
of the installation prefix.

– winebuild supports a -mfpu option for specifying the FPU
architecture on ARM platforms.

– The defaultvalue() attribute is supported for pointer types.

– Generated files are always specific to the target platform. The
target can be specified the same way as with the other tools,
using the cpu-manufacturer-os platform specification.

– Correct size and alignment are generated for encapsulated unions.

– The -robust command line option is recognized (but ignored) for
compatibility with the Microsoft IDL compiler.

– Multiple typelibs can be generated into a single resource file.

– The Mono engine is updated to version 4.7.5 with some upstream Mono
fixes.

– The typelib marshaller is reimplemented. It generates format strings
and then uses the standard NDR marshalling routines; this way it
also works on 64-bit and ARM platforms.

– The test framework supports building helper dlls inside a test, to
allow testing features that require loading an external library.

– It is possible to build and run a WoW64 tree from inside the Wine
source directory. Previously an out-of-tree build was required.

– A .editorconfig file is provided with the recommended indentation
parameters.

– The Task Scheduler service and APIs are implemented.

– The Vulkan library is used to implement the Vulkan graphics driver.

– The Vkd3d library is used to implement Direct3D 12 on top of Vulkan.

– The SDL library is used to support game controllers.

– The GSSAPI library is used to implement Kerberos authentication. 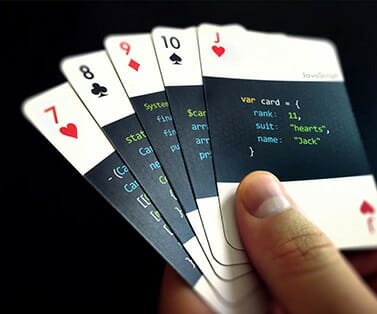