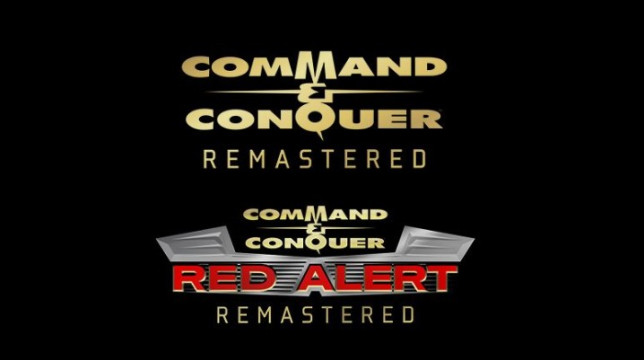 As a child, the Command & Conquer Series was a favourite, it’s amazing RTS battles, fairly solid multiplayer came along and I enjoyed many hours of the franchise, especially the Red Alert games. I even remember having house-hold games with my mother and sister along with various friends with our old-skool BNC networking 😉 – I was even playing the game this year multiple times as will as the more recent C&C Generals w/ Zero Hour (and let’s be honest, all of the above are better than the current C&C Rivals mobile game..)

A month ago, we let the Command & Conquer™ community know we were bringing the franchise back to the PC, starting with a remaster initiative. The reaction from fans has been amazing, with many of you sharing your favorite C&C moments from the past 23 years. We have been reading these comments and listening intently. And now, we are ready to reveal our first PC offering and how your suggestions are already influencing our approach.

Today, I’m thrilled to tell you we are going back to the beginning. We have decided to remaster Command & Conquer: Tiberian Dawn. And while this is incredibly exciting on its own, we’re also aware of how passionate the community is about the Red Alert universe. So, we will also remaster the original Command & Conquer: Red Alert™. But what about the classic expansion packs you may ask – Covert Ops, Counterstrike, and Aftermath? Well, C&C and Red Alert wouldn’t be the same without them, so all three expansion packs will be bundled with the base games into one remastered collection – without microtransactions.

Now, in addition to the excitement and support of this remaster initiative over the past month, there has also been a healthy skepticism that we can pull this off. How are we possibly going to remaster these titles while maintaining the authenticity of the original experiences? Bottom line, there is no better way to achieve this than to partner with some of the talented developers who brought these original games to life.

So, after years of the fans asking for their involvement, I am humbled to announce that EA is going to partner with Petroglyph Games to develop the C&C remastered collection.

Petroglyph Games includes many of the original developers from Westwood Studios, and some of the most influential members of the original Command & Conquer development team from 1995. Joe Bostic is known as the co-creator of C&C, having also served as the Lead Programmer on Tiberian Dawn and Red Alert. Steve Tall joined Joe as a Lead Programmer on Red Alert, and Ted Morris was the original community manager on the C&C franchise. And Mike Legg contributed to all forms of audio systems at Westwood, having been an employee since 1986! All four members helped start Petroglyph Games in 2003 after the closure of Westwood and are joined by a veteran group of RTS developers from the past 15+ years.

On a personal note, I can tell you the past few weeks have been surreal. During my first visit to Petroglyph, I was able to brainstorm “C&C feel” with Joe, reminisce about the jukebox with Mike, and gab with Steve about whether we should fix the Tib Dawn Harvester AI. Getting to chat C&C with the original developers has been one of the highlights of my gamer journey, and I can’t wait for all the incredible conversations to come.

In addition to the fantastic team at Petroglyph, we will also be partnering with Lemon Sky Studios to help bring these original games to 4k glory. Lemon Sky is one of the premier art studios around the world, with a unique specialty in remastering classic RTS titles. After meeting their team and hearing their passion for C&C, we are incredibly lucky to have them team up with Petroglyph to develop the highest quality C&C possible.

The exciting part is that we haven’t started development yet. The community is literally getting in on the ground floor of this project and have every opportunity to help influence how we build this remastered experience. Please continue to engage on Reddit and community channels and help us create the best possible remasters of C&C and Red Alert!

To kick things off, be sure to read the message below from Joe Bostic, and then watch the video at the bottom for one more surprise…

It was over 25 years ago when Brett Sperry and I (at Westwood Studios) worked to create a game that mixed together elements of Populous, Civilization, Herzog Zwei, and Military Madness games. Brett Sperry was visionary and I was lead programmer and designer. The result was Dune II. The first game of a new genre — Real-Time Strategy. The subsequent game, Command & Conquer (C&C), is where the RTS genre really took off. It combined video recorded actors, rendered 3D video sequences, alternate story endings, an enigmatic villain (Kane), free multiplayer for your friend (only 1 CD was required to play and the game came with 2 CDs), context-sensitive mouse control, and two unique factions that didn’t play by the same rules.

C&C didn’t turn out as we originally envisioned. I had initially designed the game to be set in a fantasy world with three factions — humans, wizards, magical beasts. Some months into development, Brett Sperry decided to redirect the game toward modern military for two main reasons. The gulf war was in the news so this was more relatable to gamers at the time, and also because we believed fantasy was too niche. I saw this new direction for C&C as being closer to turning my childhood experiences of playing with plastic soldiers in a sandbox into “reality” so to speak. Thus Command & Conquer Tiberian Dawn was born.

The positive reaction to the game was intense. C&C was the right kind of game that arrived at the right time.

We should have seen the clues that C&C would be a success. The QA department would have difficulty testing for bugs since they could not resist losing focus to play for fun and try to win against each other instead of the more “boring” bug-testing they were actually assigned. The rest of the studio would play the game in the late afternoon and into the early evening. I would take careful notes and then make changes overnight to start the process over again the next day.

As soon as C&C was released, we immediately started working on an expansion pack that would pivot to alternate history with a post WW II feel. We kept adding more units, backstory twists (w/ Kane), more elaborate interstitial video sequences (still campy though), and new gameplay features. It became so massive an expansion that we just had to turn it into a stand-alone game in its own right — C&C: Red Alert. Players seemed to love this game just as much as the original C&C!

Over the years, I’ve received C&C related gifts, fan mail, and anecdotes, and two fans even got matching GDI and Nod tattoos! The most common request is to bring C&C back to its roots like the original Command & Conquer and Red Alert. My answer was always the same: “Yes that would be great! Electronic Arts (EA) is the gatekeeper for C&C though. If they are on board, so am I!”

So here we are 20+ years later and EA has reached out to us regarding C&C. They had decided it was about time to revisit the original C&C games to give the fans what they had been asking for. Petroglyph has many former Westwood employees and is a perfect fit for bringing the original Command & Conquer games back to life. I’m excited to revisit the original Command & Conquer and Red Alert for our legacy fans, along with introducing the games to a new audience! Our battle-plan mission is to “remaster” rather than “remake” the original C&C games. That definition is a little fuzzy around the edges and that is where you come in.

I’m looking forward to re-engaging with the fans of the series as we bring the Command & Conquer franchise back to its roots of “easy to play, difficult to master”. We’re eager to provide an experience that takes advantage of enhanced connectivity, graphics features, and other technology improvements that weren’t around back in 1995. As we begin to craft the plan that will kick off the development phase of the project I’m eager to hear what else fans are looking for. If you could turn back the clock, what would you have wanted in the original C&C games? How true to a remaster should we adhere do? What modern improvements can be added without deviating from the core game? Balance changes? We will be starting development soon, so now is the time to let your voice be heard.

The remastered editions of C&C / Red Alert are even including some of the old team,

I for one can’t wait to have this remastered with some solid networking and online multiplayer improvements, windows 10 support and most of all, a few balance tweaks!