RIP John H. Conway inventor for The Game of Life 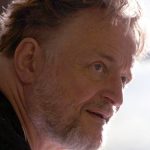 Born in Liverpool, Conway received his PhD in mathematics in 1964 from Gonville and Caius College, Cambridge. He accepted a position at Sidney Sussex College, Cambridge which he held until joining the faculty of Princeton University in 1987. A brilliant mathematician, he received numerous awards and was well known for his work in combinatorial game theory, group theory, and theoretical physics.

Almost any Developer, Gamer or person who’s had an interest in Computer Science has probably came across the game “Conway’s Game of Life” as it’s a pretty familiar one, the simple 4 rules of the game created a mesmerising pattern and simulated cells,

The game uses an infinite grid of squares that wrapped around from the edges, The rules you set would determine which cells live and which cells die during each round. The only settings that are required is the amount and position of living cells at the start of the game, the delay between each game tick.

The simplicity is not to be understated, although this can be coded by a novice – Small errors and tweaks in the code have significant effect on the behavior of the round.

Thank you for your contribution John, Rest in Peace.